... as part of some double-secret triple-backloop political strategy, Rove realized he needed to cause a distraction. He informed the president that the poll numbers were looking bad, or that Social Security privatization is about as likely as the resurgence of alchemy. The president said, "Karl, go out there and say something really dumb." By now you should know that nothing happens in the White House political shop except for very calculated reasons. Rove is a red herring. Keep your eye on the big fish. 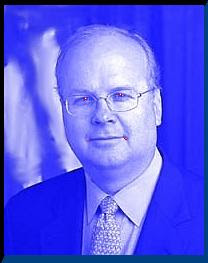 Let the short pasty porcine Rasputin spew all he wants. Personally, I'm glad that he's made it clear that Republicans and Conservatives are the Party of War and Blood and Holy Vengeance and High-Tech Death from Above and that Liberals are the Party of Peace and Law and Justice. Given that choice, I have to assume that most people would rather be liberals. Wouldn't they?

Sorry TBL I thought this was funny being from NY. I know you will get a laugh too. No thank you is needed. By the way according to Dick Turbin only our troops defending this country are Nazi's.
Volume 3, Issue 16, June 21, 2005

"New York has been facing some very difficult economic decisions," said Mayor Michael Bloomberg. "Building viable economic development strategies for the city has been our number one priority. We think that the Supreme Court decision really opens a door for us, and will allow New York City to finally resolve some of these intractable issues."

The Constitution says government may take private property "for public use" if it pays the owners "just compensation." Originally, public use meant the land was used for roads, canals or military bases, or to clear blighted areas. In today's decision, the court went a step further and said officials need not claim they were condemning blighted properties or clearing slums. Now, as long as officials hope to create jobs or raise tax collections, they can seize the homes of unwilling sellers, the court said. This "public purpose" is a "public use" of the land, the court said in Kelo vs. New London.

"The Supreme Court decision makes it easier for us to justify this course of action in the name of economic development," said Bloomberg, "although actually we could easily have made the case that taking over New Jersey would be analogous to condemning a blighted property. I mean, come on. Have you been there lately?"

New York will compensate the current residents of New Jersey with "fair market value" for their property, a total amount estimated to be well within Bloomberg's ability to pay out of his own pocket. After evicting all current residents from New Jersey, New York plans to add a new Olympic stadium, a Trump apartment complex, international airport, and, most critically, a 4,000 square mile landfill.

"I have mixed feelings about this," said Newark resident Franklin Comstock. "On the one hand, I am not thrilled to be kicked out of my home and be paid pennies on the dollar for the privilege. On the other hand, New York is evicting our state government as well, every last official and bureaucrat. That is an immensely appealing concept."

Others are more concerned about the Supreme Court decision and New York's plans.

"The Supreme Court has really started down a slippery slope by expanding the definition of "benefit to society" which can be used to justify eminent domain ," said economics professor Brad Turkelson, of Cornell University. "Making way for an interstate or a military base is one thing. Making way for a new golf course is something entirely different. Where is this going to stop? What if they decide that eminent domain could be invoked for the moral benefit of society? Do we want to go there?"

If New York is successful, it would mark the first time that eminent domain was used to take over an entire state. Other states are reportedly watching New York closely, and may be considering takeover efforts of their own.

Nice off-topic post Alan, and a great idea. Now if we can only convince Mexico to use this eminent domain precedent to take back Texas and tip the balance of power in this country a little closer to normal.