I hope the new design attracts scores of new visitors 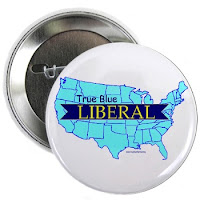 Well, "scores" is probably optimistic.
Maybe "dozens" is more realistic.
I'd hope for at least a dizaine of new visitors after taking the afternoon to brighten up a design that had been done all in black since it was created in the dark days of early November 2004 when we had lost all hope in the American electorate and the motto at the head of this new blog was "helping save america from the dark side, one state at a time." And what was going to save those deep red states in the thrall of torturers? Why, t-shirts of course! You laugh. But who's our President now?

The Rumors of the Death of Free TV Have Been (Slightly) Exaggerated.

The Countdown to the Death of Free TV is over and the switches have been thrown.

My television on the fringes of the New York viewing area is, surprisingly, not totally dead. With my converter box in place and with quite a bit of fiddling with the antenna, I am able to get WABC channels 7.1, 7.2, and 7.3! Or at least get them sometimes; they do tend to break up into soundless pixels from time to time. So I'll be able to watch the NBA finals tonight (maybe), but Dave Letterman and Conan O'Brien can forget about lobbying for my support, because NBC and CBS have disappeared (as have Fox, PBS, and whichever networks are associated with channels 9 and 11 -- the WB? CW?).

So last night when there was nothing on Disney's ABC except a Disney movie about Disneyworld's Haunted Mansion attraction, I had to read (finishing Rabbit Redux by Updike and starting The Women by T.C. Boyle) and listen to music (Thelonious Monk's Criss-Cross and Underground and Angela Hewitt's interpretations of Francois Couperin's keyboard music). It's hard to argue that the loss of free television isn't an overall plus.
Posted by True Blue Liberal at 6/14/2009 03:14:00 PM No comments: