My little appeal isn't going to do anything to slow down American bargain-hunting consumerism. At 1:30 am this morning I was driving up the New York Thruway and there was a traffic jam that extended at least five miles south of Exit 16, where the crowds of SUVs and minivans were all getting off, heading toward the Woodbury Commons outlet stores. After passing Exit 16, I was back to 75 mph and one of the only cars heading North at that ungodly hour. So my little blog post reminding everyone that today is Buy Nothing Day will do nothing to slow the holiday shopping extravaganza. Non-union and overseas sweatshops and minimum-wage big-box-store employees will be kept busy again this year in honor of the holiday which honors Malcolm X on December 25.
With unemployment so high, part of me this year runs against every instinct in my body to consider: Maybe we need maniacal hordes of shopaholic zombies to keep our ailing economy alive. Maybe they are performing a service for which I have no stomach, shoving more and more shit into their oversized vehicles and living spaces. Or maybe not.
Maybe the answer, at least for me, is to commit the cardinal sin of American consumerism: Buy Less but Pay More. Low prices have negative effects on workers and main streets. There's not much I can do about it alone, but on a small level, rather than taking advantage of the coupons coming at me from Borders and Amazon, I have made my last four book purchases at my local independent bookstore, hoping to help keep alive a small main-street business and cultural center. And books (at least most books) have the advantage of being printed in the United States, mostly in industrial areas of the country that are otherwise hurting.
Posted by True Blue Liberal at 11/26/2010 02:36:00 PM No comments:

God Save the Queen, 'cause tourists are money.

This is the song that I can't get out of my head since the engagement of Prince William and Kate Middleton was announced and royal weddings have been in the news. Maybe I can exorcise the tune by posting it here.
The Sex Pistols seem a lot tamer now than in 1977 (but still not quite tame).
Royalty has this way of making me feel like a republican (though not a Republican).
Posted by True Blue Liberal at 11/24/2010 11:15:00 PM No comments:

A Moment of Pure Beauty

Because I'm incapable of visiting YouTube without revisiting this video, I thought I'd share Grace Potter and Joe Satriani's killer version of Neil Young's "Cortez the Killer" here.
Posted by True Blue Liberal at 11/19/2010 09:10:00 PM No comments:

The Most Common Theological Question of American Children. 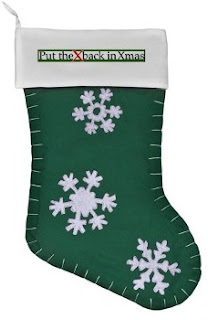 Around the upcoming compulsory happy holiday times, it's common to hear the motives of a popular Christian demigod questioned by intelligent young people in households throughout America: "Why does Santa love rich children more than me?"

Yes Virginia, there is a free-market Santa Claus!

The Quote of the Day from Patti Smith

“Please, no matter how we advance technologically, please don’t abandon the book. There is nothing in our material world more beautiful than the book.”
-- Patti Smith (quoted in the New York Times, 17 Nov 2010)

Patti Smith won the National Book Award for non-fiction last night for Just Kids. I'll have to move it farther up on my reading list. Right now I'm finishing Lives Like Loaded Guns by Lyndall Gordon and I have Life by Keith Richards and Freedom by Jonathan Franzen in the on-deck positions. All, of course, are being read in their paper editions (remembering that "e-books" are not books) and all are either from libraries or independent bookstores.

"I think the most interesting thing to watch in the next Congress is how many Democrats start voting with us. Every one of the 23 Democrats up in the next cycle has a clear understanding of what happened Tuesday. I think we have major opportunities for bipartisan coalitions to support what we want to do."
--Mitch McConnell quoted on NBC.com, 4 November 2010

Here's hoping that hubris once again leads to a short residence of the Republicans in the House majority.

To hear Karl Rove talk about "the End of the Obama Liberal Agenda" before his natural constituency of Natural Gas executives today, you would think that the Republicans had won both houses with filibuster-proof and veto-proof supermajorities, and that he had personally been invincible in all his campaigns.
His group American Crossroads came after my Congressman, Maurice Hinchey, late in the campaign with this commercial that started to seem ubiquitous on cable in the Hudson Valley.

What was Maurice Hinchey's chief crime? I don't think there's any doubt that he became a target of the energy industry insiders bankrolling Karl Rove because of his sponsorship of the FRAC Act. The Fracking Responsibility and Awareness of Chemicals Act would end a Bush era loophole written for the natural gas industry which exempts them from the Safe Drinking Water Act and allows them to pump chemicals into the ground without even disclosing which poison mixtures are being pumped into our land and water. In these pristine Catskills -- which still provide unfiltered water to New York City--this threat of drilling and inserting a toxic stew below our mountains and forests strikes everyone who lives here as criminal (if the Republicans can pretend to speak for every American, I can certainly pretend to speak for everyone in my Congressional district).
And despire generic attack ads financed from out of state that dominated local television, with 99% of votes counted, Maurice Hinchey leads Republican George Phillips by 52.4% to 47.6%. You lost this one Karl.
Posted by True Blue Liberal at 11/03/2010 08:50:00 PM No comments:

... unless, of course, you're tempted to vote for the party whose platform is built on the twin pillars of tax breaks for billionaires and the repeal of a bill that extends healthcare benefits to children with pre-existing illnesses.
Posted by True Blue Liberal at 11/02/2010 08:16:00 AM No comments:

I remember too! That's why I'm voting early (and often) tomorrow.

Of course the parenthetical "and often" aside in the title is just there to annoy any paranoid Fox (and poll) watchers who still believe that Barack Hussein Obama is a Kenyan Communist Muslim installed in the White House by Acorn and George Soros rather than the American people, but we remember 2008 much differently.

Don't let the pundits and pollsters be proved right in their prediction that fear and amnesia will rule the ballot boxes tomorrow. Vote Early And Often (really, check with your local Acorn representative for how it's done, but don't tell the teabaggers or the fair-and-balanced press).
Posted by True Blue Liberal at 11/01/2010 08:13:00 AM No comments: