North of the Mason-Dixon Line? or will the real Pennsylvania please stand up on April 22! 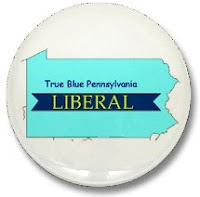 James Carville is a Clinton adviser well-versed in the old 20th-century techniques of identity politics. His famous characterization of rural Pennsylvania as an extension of the deep south is one that I've repeated over the years, but it seems to have a variety of citations.
These are the variations on the theme collected at Wikiquote:
The first variant, with its specificity and its qualification of rural PA as "Alabama without the blacks" has the truest ring to it even though I wasn't familiar with that version. Alabama with its African-American population would, of course, give Obama an absolute landslide.

I'm a native of Pennsylvania. Philadelphia is my birthplace and was my home for the first eight years of my life; before that, eight generations of my father's family lived toward that maligned center of the state (my unusual last name is almost common in the Lancaster, Gettysburg, and Harrisburg area). There's nothing I want more than to have the good people of the Commonwealth of Pennsylvania -- not just those in the Steel City and the City of Brotherly Love -- prove that the politics of racial division don't work anymore. I want my home state surprising the rest of the country with a resounding victory for Obama that effectively ends this primary campaign. If my bumper stickers ever arrive from the BarackObama.com store (the demand is very high), I'll slap them on the back of my car just to drive back and forth along the Pennsylvania Turnpike.
-True Blue Pennsylvania Liberal
Posted by True Blue Liberal at 3/14/2008 11:51:00 PM

“THE WHYS OF ALABAMA GOP ELECTIONS”

Many large government/military contracts and government grants magically have been steered to Alabama to make Bob Riley and the GOP look good. Why?

Why hasn’t the Alabama GOP been investigated or prosecuted?

Why does high ranking GOP operatives act so bold?

These are some of the methods that they use in Alabama to support running expensive media campaigns.
- Campaign money for silence from contra drugs passing through Alabama.
- Beginning in 1994, top Alabama GOP operatives assisted by Karl Christian Rove approached big business (tobacco, oil, etc) offering favorable court ruling for large GOP campaign contributions.
- In 1996 the Alabama GOP was a major recipient of campaign money from what came know as the Triad Scandal.
- From 1998 to 2006 millions came from the Abramoff and Scanlon Mississippi Indian Casino scam to defeat Siegelman’s lottery campaign, to elect Bob Riley and to prevent the Alabama Poarch Indians from getting a class 3 gambling license.
- Major contributions from government contractors for steering large contracts to them.
- PAC transfers without no accountability.

Why does Newhouse Publications print half truths about political figures and run front page articles to calm and deceive citizens so that the largest illegal operations in the history of the United States can conduct illegal activities.