Hey Wyoming! It's Your Turn to Start a New Obama Winning Streak! 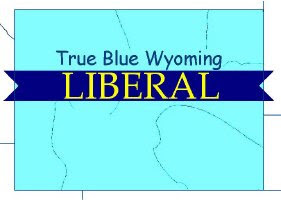 I wish I could vote for Barack again tomorrow in the home state of soon-to-be-
EX-vice-president Richard "Dick" Cheney.
If I were a resident of Wyoming, I'd be thrilled to show the world that my state could live up to its official nickname, The Equality State, after eight years of being associated with its least-favorite son, the torturer and friend of the oil rich.
Posted by True Blue Liberal at 3/07/2008 05:20:00 PM