WHIG of the Week -- Karen Hughes, our brand new Undersecretary of State for Public Diplomacy and Public Affairs

Click here for the Buzzflash article:"Karen Hughes, Queen of the Spin-Doctors and Captain of the White House Smear Campaign", which has a short summary (with references) of her involvement in fulfilling the goals of the Downing Street Memo by helping to sell fixed Iraq intelligence and attacking war critics Richard Clarke and Joe Wilson. 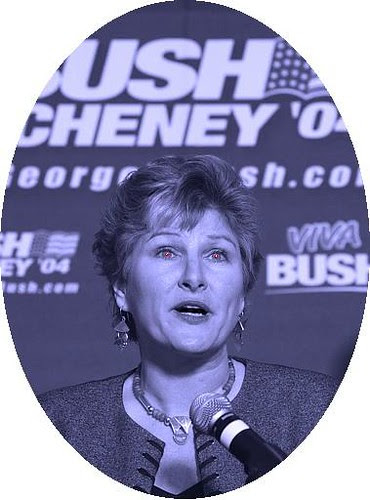 But this week I guess we should wish her well in her new job. While fellow WHIGs Rove and Card and Libby and Hadley were getting raises this week, she was getting a new title:


".... with no discussion and no debate ...." Thanks again Congress, for proving once more that it's not only the mainstream media that's at fault when it comes to sweeping the truth of our current crisis under the rug ...