And if for some reason (such as being on the International Space Station) you don't know what "Hitler" is raving about in the subtitles to the above video ... if you don't know what's happened to turn UC Davis Police Lt. John Pike into an explosive internet meme in a record amount of time, then you have to visit Pepper Spraying Cop: 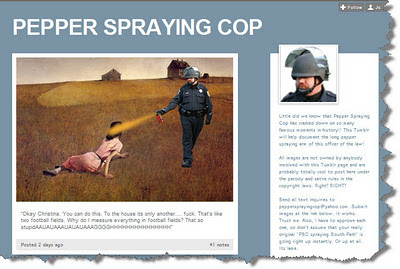