Language Matters: What adjective do you put before "Capitalism"?

If you answered that question with anything other than the word "Crony" you haven't been paying attention to the 2012 GOP Presidential Primary (a.k.a., Clown Circus).


Newt Gingrich today is quoted as saying that "Crony Capitalism is not Free Enterprise" when talking about Willard "Mitt" Romney's brand of vulture capitalism.  (LA Times) 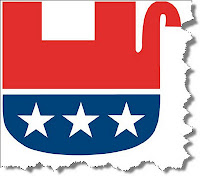 Michele Bachmann (how we miss you!!) invoked crony capitalism as a charge against Rick Perry in late December when talking about his campaign contributors and favor seekers in Texas (National Journal)

Mitt Romney jumped on the CroCap bandwagon a few days ago when talking about President Obama's recess appointments to the NLRB, stating: "This president is a crony capitalist. He's a job killer." I'm not sure how the "socialist" President or the socialist Unions he was serving could also be capitalists, but you'll have to go to Mitt for clarification. (CBS News)

Jon Huntsman worries about how "we have crony capitalism in Congress" because of the lack of term limits and the revolving door between K Street and Capitol Hill. (Investors.com)

Herman Cain jumped on the anti-crony capitalism express back in September when leaping onto the pile of conservatives gleefully swarming over the corpse of Solyndra. (ThinkProgress)

Ron Paul calls lots of people crony capitalists and he made it clear what CroCap isn't in early November: "Crony capitalism isn't when somebody makes money and they produce a product." I don't think anyone's accusing either Mitt Romney or Rick Perry of producing a product. (Politico)

It all seems to have started back in early September when their intellectual leader, Sarah Palin, first starting trotting out the Crony Capitalism label in association with Rick Perry. (firedoglake)

I personally can't think of a better adjective to be inextricably linked with  the word "Capitalism", but why is the GOP doing our work for us?  Did they check with Frank Luntz first before making "Crony Capitalism" (which always reminds me of Bushie and Brownie and Katrina) the unforgettable alliterative enunciation of the year?

Rick Perry, the original target of Sarah Palin and Michele Bachmann's "crony capitalism" jibes, went one step further in an interview with Fox today, accusing Mitt Romney of being a "vulture capitalist: "There’s a real difference between venture capitalism and vulture capitalism. I don’t believe that capitalism is making a buck under any circumstances." (FoxNewsInsider)

If they keep this up, "Capitalist" will be a worse insult than "Socialist" in their political lexicon (just as it always has been in mine).


I'm sorry, but somehow I seem to have forgotten Rick Santorum.