The Quote of the Day. One More Reason to Kill Your TV!

This rationale for killing your television has nothing to do with the news today that the Fox News Channel has added Ms. Sarah Palin to their stable of on-air talent. This has to do with television watching in general, and its effect on your overall health. 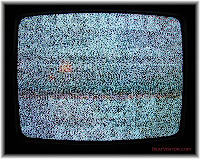 Click the link after the quote of the day for more details.

"...researchers monitored 8,800 adults for six years to see what impact watching television had on their long-term health. They found that each hour a day spent in front of the television increased the risk of death from all causes by 11%. It also raised the risk of dying from cancer by 9% and the risk of heart disease-related death by 18%."
--from The Guardian, 10 January Twenty Ten