In Case You Had Any Doubts About the Republican Game Plan for Twenty Ten....

Here are the quotes of the day to remind you of the Republican game plan for 2010. Don't expect any change from 2009's stage-setting remark from the Republican Party's chief over-the-air gasbag, which appeared just before President Obama's inauguration:


I would be honored if the Drive-By Media headlined me all day long: "Limbaugh: I Hope Obama Fails." Somebody's gotta say it.
--Rush Limbaugh, 16 January 2009

There's a preview of the coming continuing obstructionism in an article from this morning's Washington Post about the current state of California's finances. There's no reason to think that Republicans in Congress and the media will do anything more than follow Nancy Reagan's old drug advice to "Just Say No," hoping that any resulting government gridlock will be blamed on the Democrats in November:

[...] The minority party spied opportunity in fiscal collapse. If the majority failed to govern the state, then the voters would turn on them, or so the theory went.
That raises a troubling question: What happens when one of the two major parties does not see a political upside in solving problems and has the power to keep those problems from being solved?
--Ezra Klein, Washington Post, 3 January 2010 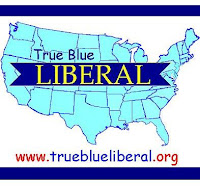 ~~~~~~~~~~~
Knowing that the writers of the right-wing blogosphere and twitterverse have already set their CAPS LOCK keys and turned off their spelling and grammar checkers in order to jump into the fray with attacks and made-up "facts" in twenty ten, I thought that it was time to start writing more regularly here at http://TrueBlueLiberal.org and I even opened up a new presence on Twitter at @TrueBlueLiberal , largely for the same reason that I started this blog in 2004: to help protect the label "Liberal" from those who have no understanding of its meaning, but are happy to hurl it as an insult.
Happy 2010.
~~~~~~~~~~~~~~~~~~~
Posted by True Blue Liberal at 1/03/2010 10:02:00 AM