I Trust the Fourth Estate More Than Real Estate Moguls

Over on Twitter today, one of the trending hashtags is #LoveMyNewspaper. During the four years beginning on January 20, 2017, one of the ongoing battles -- if not the most important ongoing battle -- will be between the post-truth president and his media watchdogs, especially those in the print (and e-print) media who are capable of delving in depth and over time into the statements and actions of next administration and its tangled conflicts of interest.

We need to be clear about which side we're on. 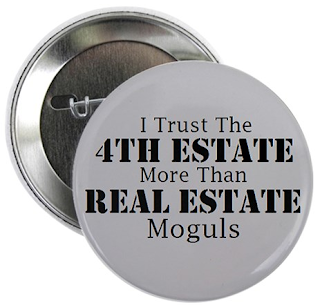