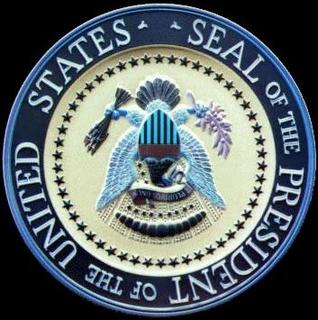 So this is what they were worried about when they should have been worried about finding the absolute best crony to sit in Sandra Day O'Connor's Supreme Court seat:

'It has come to my attention that The Onion is using the presidential seal on its Web site,' Grant M. Dixton, associate counsel to the president, wrote to The Onion on Sept. 28. (At the time, Mr. Dixton's office was also helping Mr. Bush find a Supreme Court nominee; days later his boss, Harriet E. Miers, was nominated.)

Citing the United States Code, Mr. Dixton wrote that the seal 'is not to be used in connection with commercial ventures or products in any way that suggests presidential support or endorsement.'

The slippery slope...I dislike that term, but it is applicable here...what else can be deemed via our gov't to be off limits? Flags...images...images of people...people...