Everything I pick up to read lately seems to have a direct connection to Donald J. Trump. Last week it was the parallels to August Melmotte in Trollope's The Way We Live Now.  Last night I finished reading Part Two: Perestroika of Tony Kushner's Angels in America in which Donald Trump's mentor Roy Cohn is a major character. 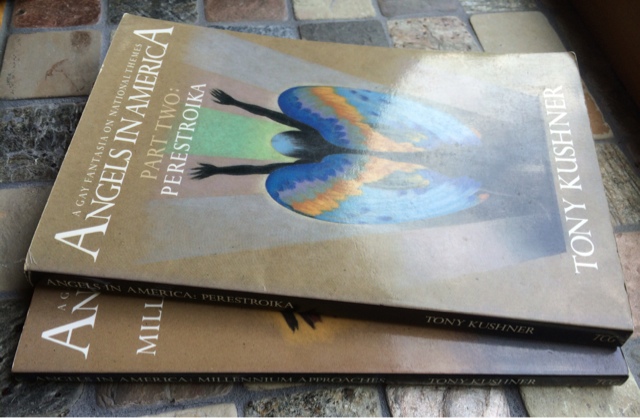 Louis Ironson has slowly come to accept that his current lover is married, a lawyer, a Mormon, and even a Republican, but when Louis is told by Roy Cohn's nurse that his new lover is also working for the abrasive McCarthyite lawyer who taught Donald Trump everything he knows, then Louis loses it:

I don't believe you. Not Roy Cohn. He's like the polestar of human evil, he's like the worst human being who ever lived, he isn't human even, he's... You think everything is black and white, good and evil, just because somebody is Republican they're in bed with Roy Cohn. People like you finally fail to have an adequately grown-up, nuanced view of the world, you're Manichean... [Act Four, Scene 2]

Not all Republicans are in bed with Roy Cohn, but at least one was and is, and he's running for President now.

My next book is John Meacham's American Lion about Andrew Jackson. I wonder if there will be any Trump parallels there.
Posted by True Blue Liberal at 8/25/2016 02:20:00 PM