Here's the quote of the day from the ex-Senator from Massachusetts considering the suicidal 2016 GOP Clown Circus role played by Jon Huntsman in the 2012 debates.  He was quoted when visiting Iowa over the weekend: 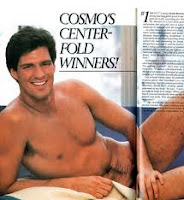 “I want to get an indication of whether there’s even an interest, in Massachusetts and throughout the country, if there’s room for a bipartisan problem solver.” -- Scott Brown

He'll find out how much room there is in the 21st-century GOP for a bipartisan problem solver as soon as he's stupid enough to say something like, "Global warning isn't necessarily God's will" or "President Obama was probably born in the United States." His type of pointy-headed new-fangled Taxachusetts RINOism will find little welcome in the bloodthirsty Clown Circus galleries looking for red meat about God, guns, and gaybashing, but they will have fun booing and shouting down a (relative) voice of reason, and we'll have fun watching.
Go for it Scott.
Posted by True Blue Liberal at 8/19/2013 02:44:00 PM