"What is the first word that comes to mind when you think of Donald Trump?"

The headline about the new Quinnipiac Poll that was released yesterday was about the percentages of Americans who support (36%) or don't support (58%) Donald Trump. However, scrolling down below the demographic percentage breakdowns (which were all moving dramatically out of the president's favor even before his firing of James Comey), reveals this gem of a question that appeals more to those of us who love language more than numbers: "What is the first word that comes to mind when you think of Donald Trump?" 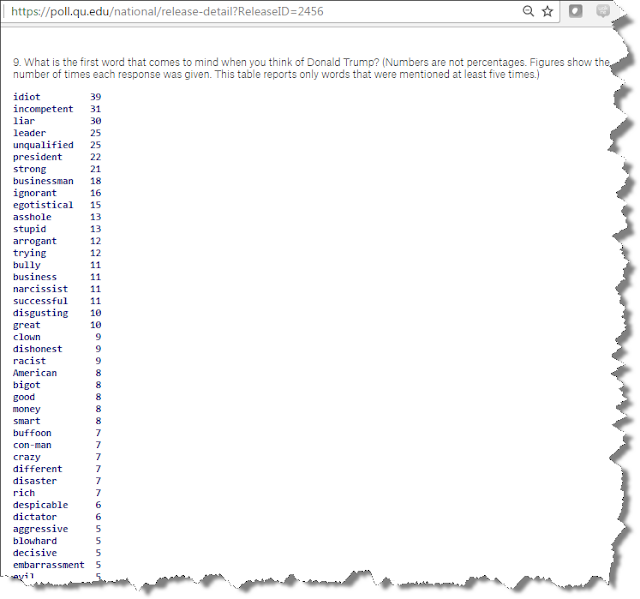 The only thing that surprises me is that 'asshole' only came in at eleventh place, but otherwise this is a list that you could hand to any American and they would know exactly who were describing.