Could this be the stupidest thing Rush Limbaugh ever said?

I know it's a high bar, but when I was skimming a recent rant of Rush's entitled, "Liam Neeson: Perfect Liberal," I ran across this description of the site of the Charlie Hebdo attack:

This is as ridiculous as describing the man who said it as "soft-spoken" and "thin" and "thoughtful" and, God forbid, "liberal."  Has he been to France? When I traveled there in the 1970s, it was the first time I had ever seen police with assault weapons. It was also the first time I saw a very visible, heavily armed, and motorized National Police force in every city and town I visited. How can we believe anything else that Rush has to say about Liam Neeson and gun control in this think piece when he gets simple facts so howlingly and completely wrong.

I can understand if Rush never wanted to visit France, but can he visit Google? Can he do a simple image search for "French Police"? 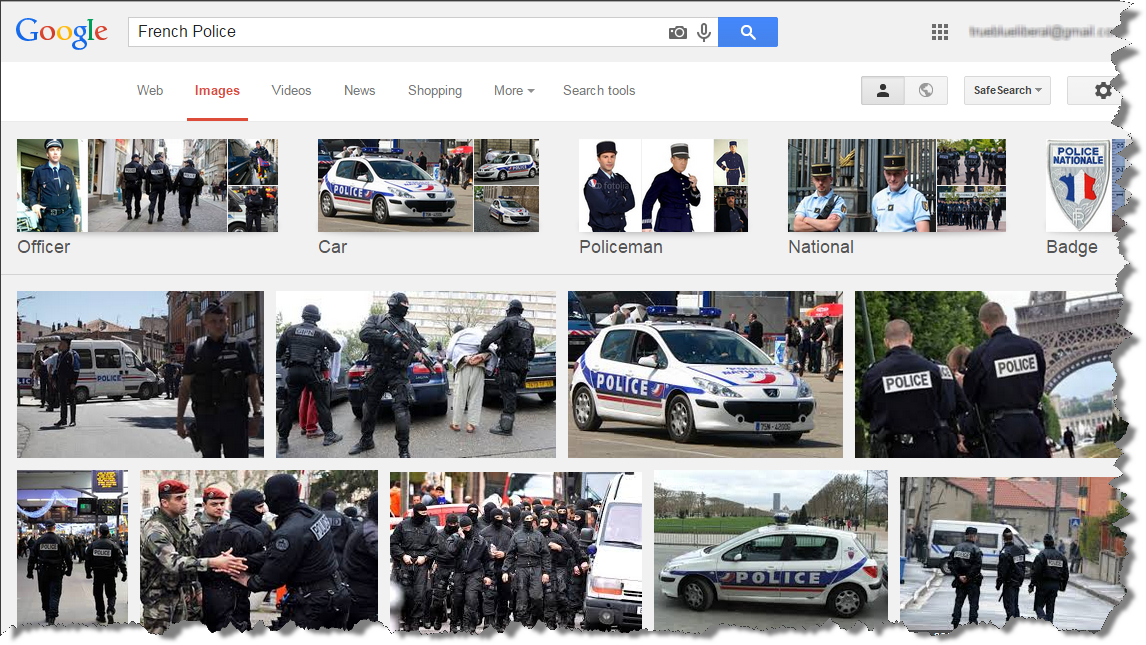