Robert F. "Bob" McDonnell and his CBN University Thesis on the GOP and the Family

No one should be surprised that when you do a Google image search for "bland generic white guy" you get a page full of "Bob" McDonnell photos, should they? (And TBL readers don't need me to label this image as satire, do you?) 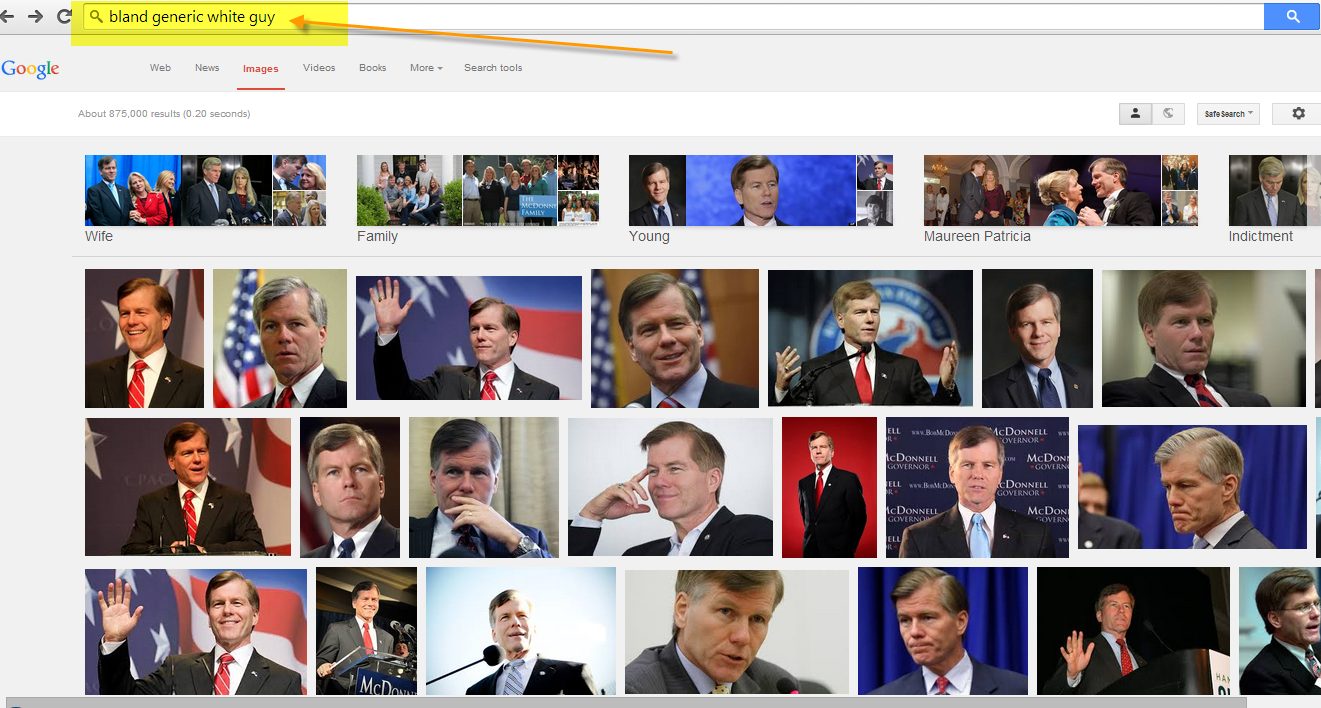 That, and the fact that he wrote the following in his 1989 thesis at Christian Broadcasting Network University (now Regent University) as a 34-year-old married man make it all the more surprising predictable that he is now in the process of throwing his wife under the bus to protect himself and whatever shreds may be left of his former political daydreams.

The family as an institution existed antecedent to civil government, and hence is not subject to being defined by it. It is in the law of Nature of the created Order that the Creator instituted marriage and family in Eden, where He ordained that "For this reason a man will leave his father and mother and be united to his wife, and they will become one flesh." Family arises out of this divinely-created covenant of marriage between a man and woman, the terms of which can neither be originally set nor subsequently altered by the parties or the state.   --page 13 of "The Republican Party's Vision For the Family: The Compelling Issue of the Decade"

{NOTE: While the Google Image Search results may have been altered for satirical purposes, there actually was a university founded by Pat Robertson and named after his Christian Broadcasting Network in 1978. It changed its name to Regent University in 1989 when Bob McDonnell received his master's and law degrees from that institution of religious indoctrination. If you look at the first page of his thesis, you'll see that it was written at "CBN University", not Regent.}
Posted by True Blue Liberal at 8/22/2014 10:24:00 AM