Loyalty is a Vice 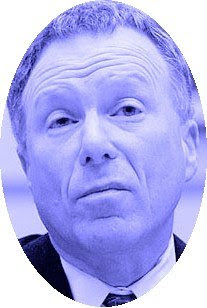 Back in the Brownie and Harriet Miers days, I questioned whether loyalty to friends and cronies was the worst of George W. Bush's "virtues".
Now, with his statement yesterday, Mr. Bush -- never known to coddle criminals or consider even the most excessive sentence "excessive" -- shows that loyalty is now a vice, maybe Dubya's key vice.

I respect the jury's verdict. But I have concluded that the prison sentence given to Mr. Libby is excessive. Therefore, I am commuting the portion of Mr. Libby's sentence that required him to spend thirty months in prison.
[...]The Constitution gives the President the power of clemency to be used when he deems it to be warranted. It is my judgment that a commutation of the prison term in Mr. Libby's case is an appropriate exercise of this power.

The simplistic code of loyalty that drives him can be seen on every level. He knows his family is nice, and good. He knows his friends are nice, and good. He knows his America is nice, and good, and blessed by God. If he doesn't know you? Watch out. You may very well be mean, and evil. And it may be his duty to ignore your pleas for gubernatorial clemency from death row. It may be his Presidential duty to lock you up on a island prison camp with no recourse to the American legal system, or to bomb you and your family and your godforsaken desert home.
I have nothing against Lewis Libby. He's a stooge. He was only following Dick Cheney's orders, and of course George knows that. But don't commute Lewis Libby's sentence unless you're willing to throw the real criminals behind bars, or until you're willing to give the same compassionate consideration to the MILLIONS of Americans who are behind bars -- many with longer sentences for lesser crimes than Scooter's.
Posted by True Blue Liberal at 7/03/2007 12:42:00 PM